UC Jazz Ensembles is dedicated to the
performance, study, and promotion of
jazz at UC Berkeley. 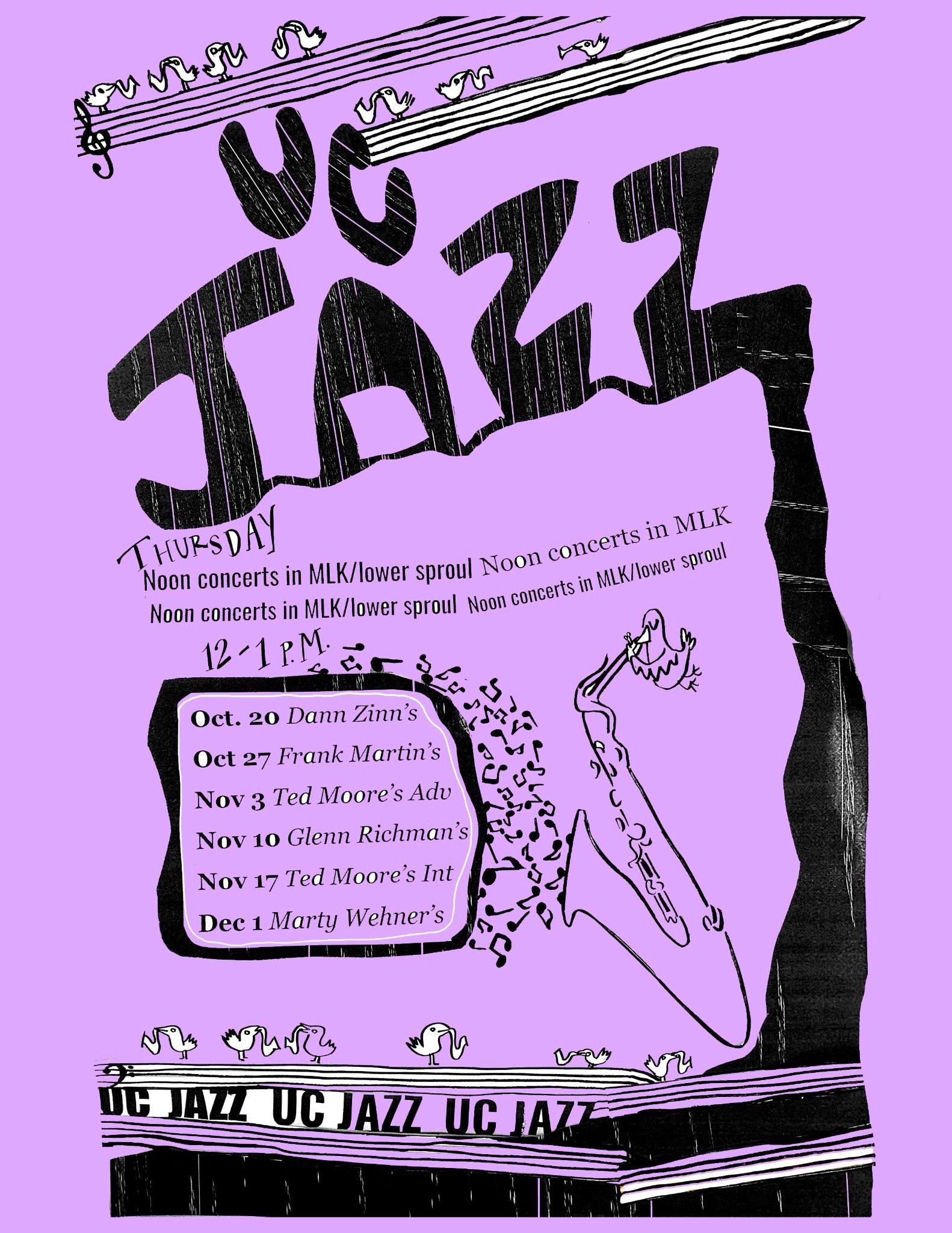 Walking past Sproul on Thursday after your morning classes? Come down to MLK anytime from 12-1 PM for some live jazz to spice up your afternoon! A different combo will be performing each week on Thursday at noon at MLK until December 1st, so come check us out! Admission is free!

Since graduating from the Eastman School of Music, Ted has pursued a career which has taken him to many parts of the world with many different artists. He is leader and composer for his own Brazilian jazz group, Brasilia, which has released its first CD to national acclaim. He has performed with Stan Getz, Paul Winter, Marian McPartland, Eric Gale, Jack Wilkins, Gene Bertoncini, and Joey DeFrancesco. On tour, Ted has performed throughout the US and Canada, as well as Japan, Spain, England and Holland. He also spent two years living in Rio de Janeiro as percussionist with the Brazilian Symphony Orchestra, and performing with many well known Brazilian jazz artists. He has played in Carnegie Hall, Lincoln Center, the Kennedy Center, the Cathedral of St. John in New York, Grace Cathedral in San Francisco and Suntory Hall in Tokyo. Ted's latest project with his group, Brasilia, involves a series of concert performances with symphony orchestras. He has arranged his original compositions for full symphony orchestra along with his 5-piece group for an evening of Brazilian music with symphony.

Dann has recorded or performed with Joe Henderson, Russell Ferrante (The Yellow Jackets), Chuck Findley (The Tonight Show), Jeff "Tain" Watts, Freddie Hubbard, Maria Schneider, Mary Wells, Martha and the Vandellas, among others. Dann can be heard as a featured soloist on several CD's, such as with Dave Eschelman's Jazz Garden, and with the Ira Stein Group on the classical crossover hit Bach Improvisations. Dann tours throughout the U.S., Cananda, and Mexico, and has played at venues like Yoshi's at Jack London Square, the Monterey Jazz Festival, the SF Jazz Festival, the San Jose Jazz Festival, and the Kuumbwa Jazz Center.

Kai Eckhardt is an Afro-European musician who has made a significant contribution to the evolution of the electric bass since 1989. Heavily influenced by the emerging fusion of funk, rock and jazz in the late 70's, Kai developed a unique style on his instrument long before attending Berklee College of music in Boston - the renowned music college- from which he graduated with honors in 1987. Under the guidance of Tiger Okoshi, Bob Moses and Gary Burton, Kai was introduced directly to pioneering guitarist John McLaughlin, who at the time was forming a new trio together with Indian born percussionist Trilok Gurtu.

Kai has performed at distinguished venues around the globe such as the Royal Festival Hall in London, the Philharmonic in Munich and the Esplanade in Singapore. Festival engagements include Montreal Jazz Festival, North Sea Jazz Festival in the Hague, Womad World Music Festival in Spain and Glastonbury in the U.K. Kai has performed for dignitaries on some occasions like the King and Queen of Norway. In the educational field, Kai teaches clinics and master classes internationally. Engagements include Berklee in Boston, the Musician’s Institute in Hollywood, the Bruckner Conservatory in Austria and Amsterdam Conservatory in the Netherlands. Perhaps the most notably unique band in Kai's career was the pioneering jam-band Garaj Mahal, which he co-lead between 2000 and 2010, producing 9 albums and performing roughly 1000 concerts in the U.S and Canada. 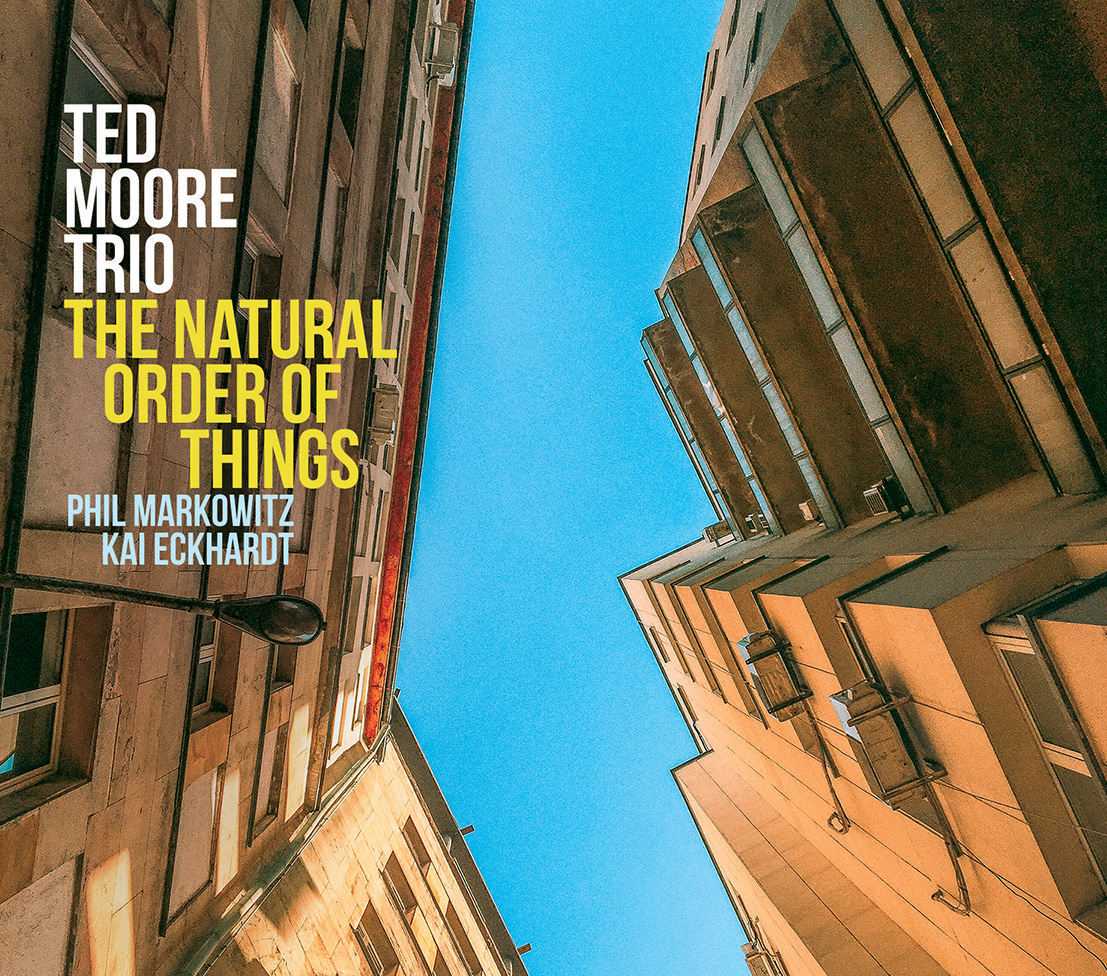 The Natural Order of Things
May 2020

Ted Moore, Director of UC Jazz, released his newest recording in May of 2020. The recording of the Ted Moore Trio features NY jazz icon Phil Markowitz on piano and world-renown bassist, Kai Eckhardt. It is comprised of all original compositions and arrangements by Ted Moore and is released on the Origin Records label. The recording is entitled, The Natural Order of Things." More info, along with sample tracks and downloads, is available at tedmoorejazz.com. 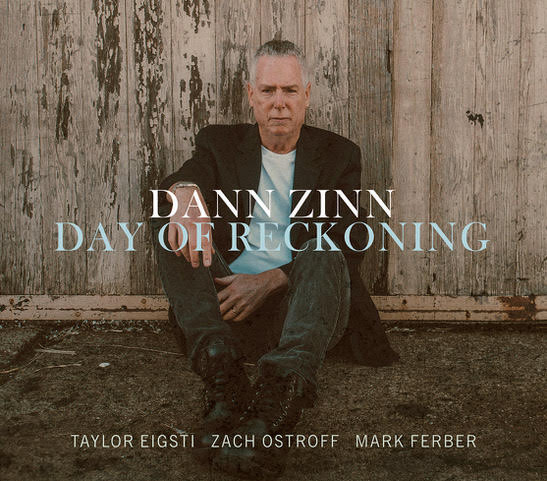 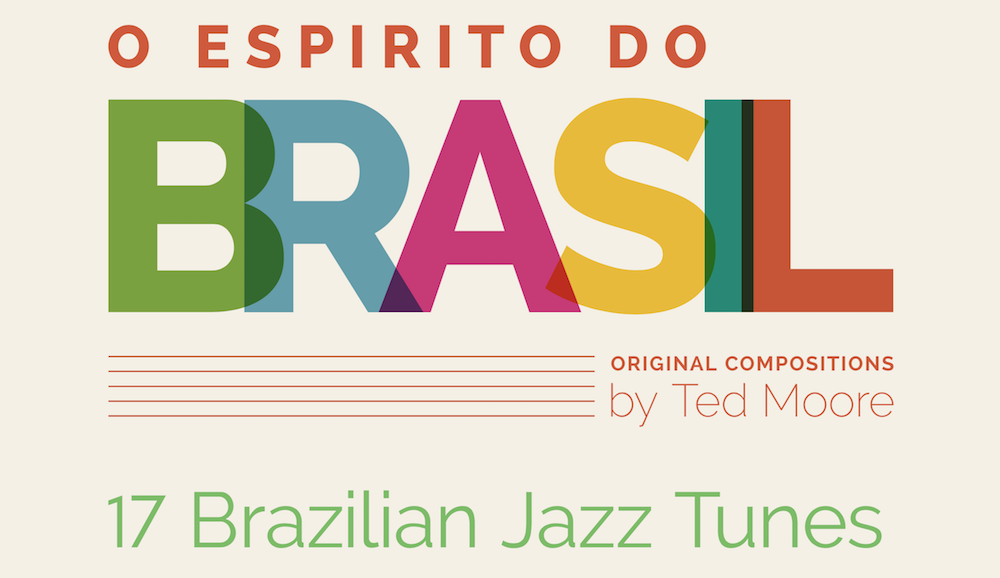 Ted Moore has published a collection of 17 original Brazilian jazz tunes in his new book, O Espirito do Brasil. The tunes cover various aspects and styles of Brazilian jazz and some of this music has been recorded on his Brazilian band's cd, entitled River Wide. 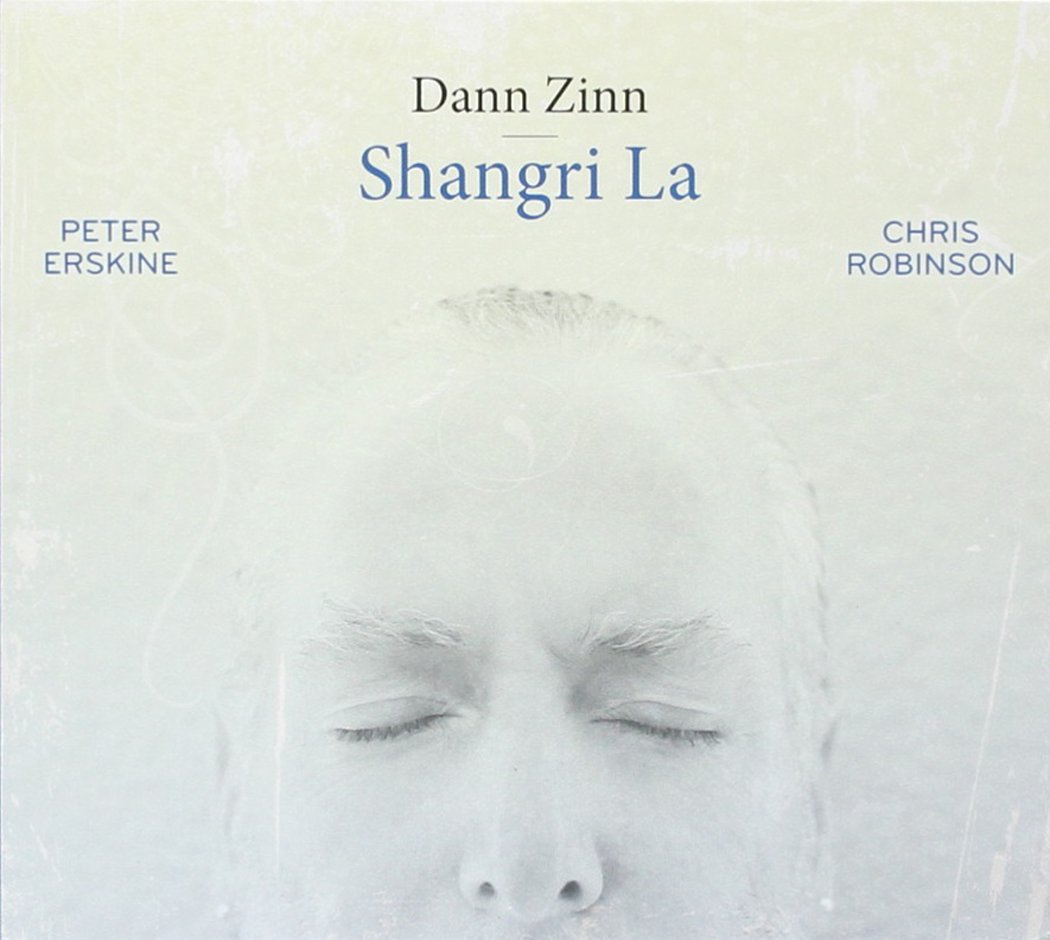 Shangri La is Dann Zinn's newest release, featuring the great Peter Erskine on drums, and Australian phenom Chris Robinson on guitar. The cd received a four star DownBeat review, and was chosen among the 'best of' 2015 by Downbeat. The Trio toured on the east coast and NYC in 2016, and played at the 2015 Monterey Jazz Festival, where it was named among the top ten 'must see' acts for the festival. Available at cdbaby